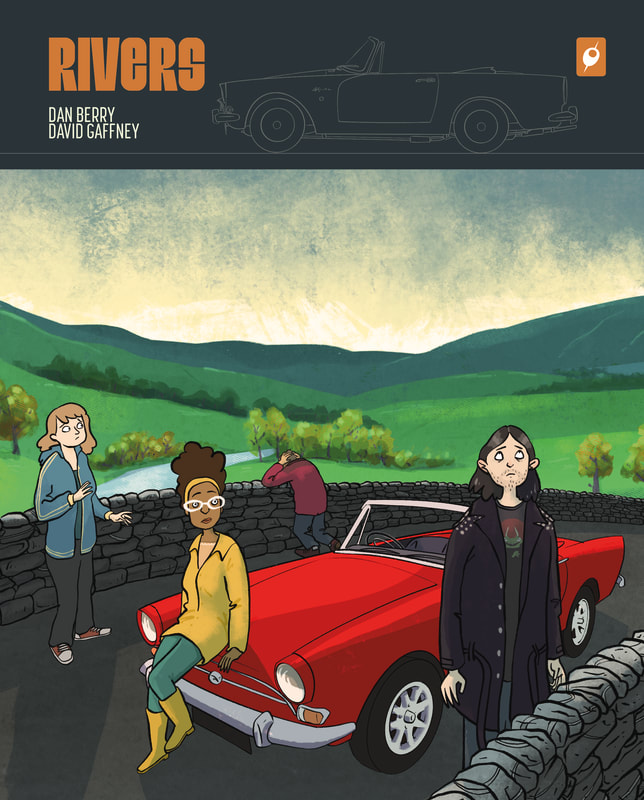 Gideon is a lonely IT developer, obsessed by a comic book from childhood called Revenge of the Ghoulors, and secretly in love with his co-worker Lisa. Heidi works at home in her pyjamas, makes a lot of soup, and wishes she had time for friends.  Peter is a 56 year old divorcee who delvers classic cars, has a built-in toaster, and thinks a lot about the past.

These three people seem unconnected, yet they share something - they each have the same recurring dream. And when a new web service is introduced that helps people share their dreams, what will happen when the three of them find out about each other? Just what is it that links these three lonely souls?

​Rivers examines how momentous events from the past can bind people together forever, and explores the consequences of them eventually meeting up.

​The story is told in several interwoven strands interspersed with compelling and expertly executed extracts from the comic book Gideon is obsessed with - Revenge Of The Ghoulors - and Berry and Gaffney's attention to detail in the development of this 'comic within a comic' is a testament to their love of and commitment to the form. This fictional comic work becomes almost another character, the childhood friend that Gideon never had, helping to form his adult personality, and guiding him philosophically and morally thorough the decisions he has to make.

RIVERS is a stunning follow up to the brilliantly funny and surreal Three Rooms in Valerie's Head (Top Shelf 2018)  It is a truly original, quirky and powerful work which, while having some of the same qualities as Valerie's Head -  snappy scenes that work as witty short stories, droll british deadpan humour, expertly drawn characters - it demonstrates that Gaffney and Berry are just as comfortable with a long-form, novelistic approach to the graphic novel, allowing characters more space to breathe and thus developing a deeper and more emotional relationship with the reader.