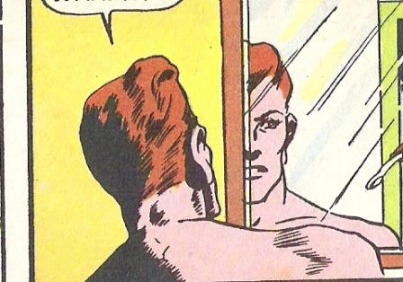 He showed me the back of my head in a mirror and I nodded.

‘£6.50 then,’ he said, and pressed the foot pedal. The hydraulics sighed as I sank to the floor.

What had happened? I was regular. Only new customers paid full. It was never spoken of, but that was the system. The barber could tell that someone else had cut it; the blending between the longer and shorter sections was poorly executed.

‘I haven’t been to another barbers in years.’

The barber sucked in his lower lip. ‘So we’re talking home clippers.’

‘Yes,’ I said, and felt my cheeks redden in shame.