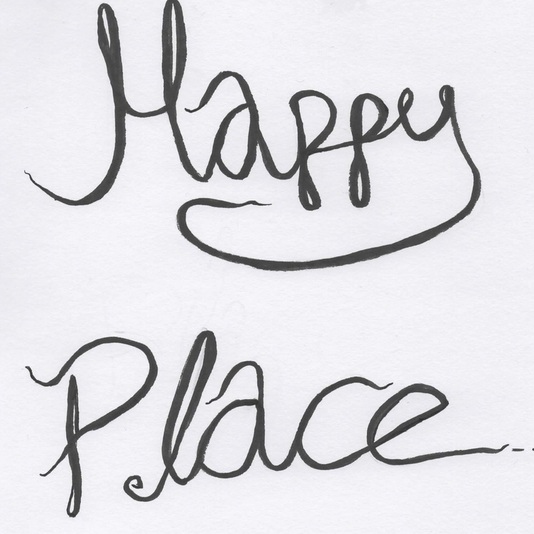 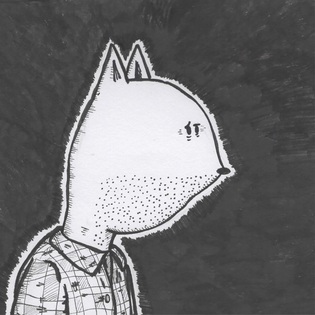 He hated grocery shopping, hated the time it took. 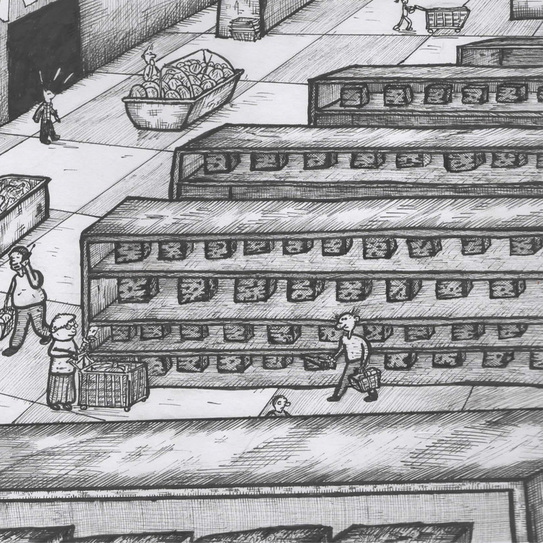 But he came up with a method.
People bought the same things, more or less. 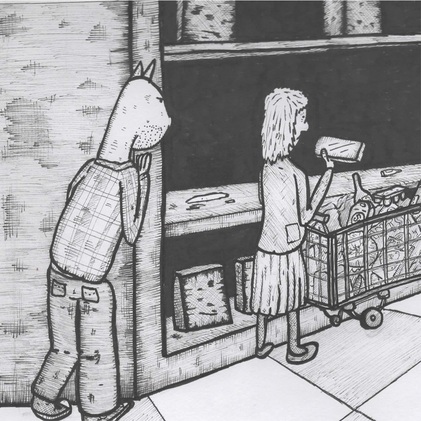 So he would look for someone of his type,
sneak up behind them 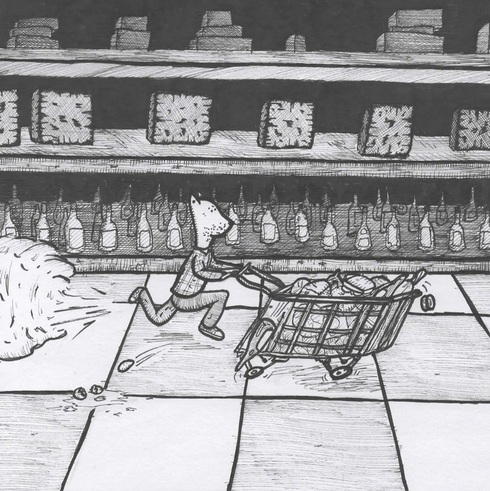 and roll their fully-laden trolley off to the checkout. 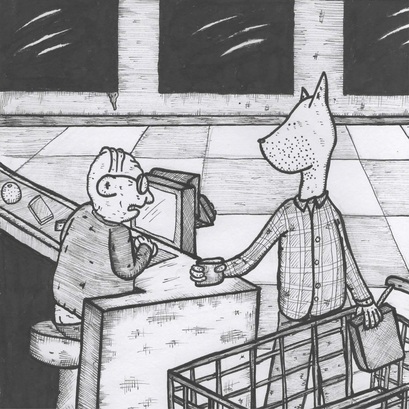 It made life interesting. . 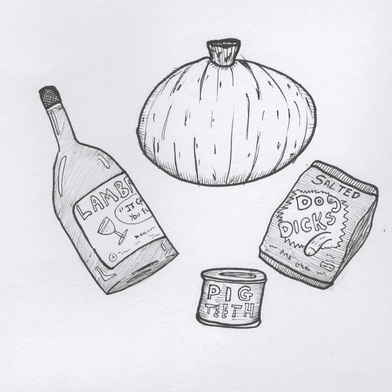 Often there were things he would never have bought.
Once there was a fat orange pumpkin. 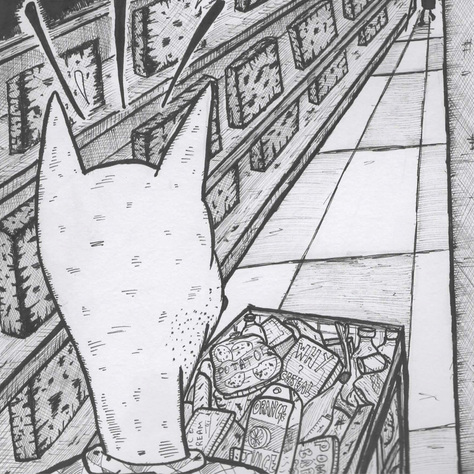 But today he was in trouble. He had been stealing mostly from women because he liked the sense of order to their selections, but his victim had spied him and was stomping over. 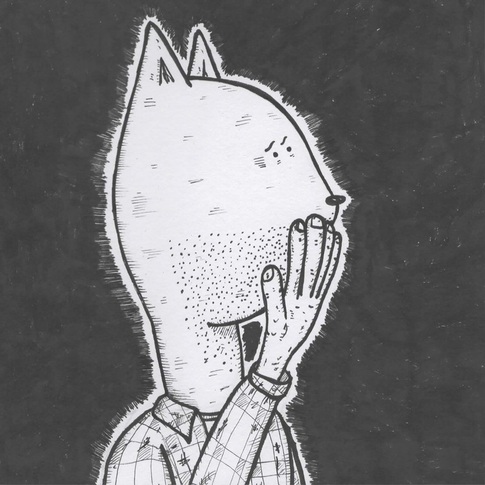 There were women's products in the cart, so it was going to be difficult.
He decided to pretend he knew her. 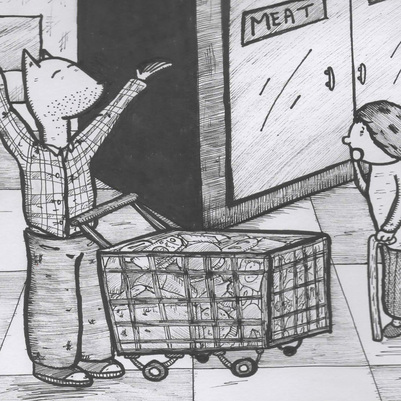 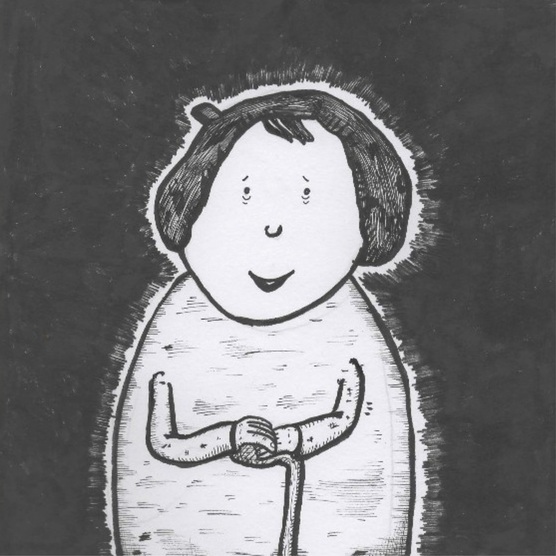 We’ve got eggs, the woman chirped.
Listen, do you want to go out to the car?
You look stressed. 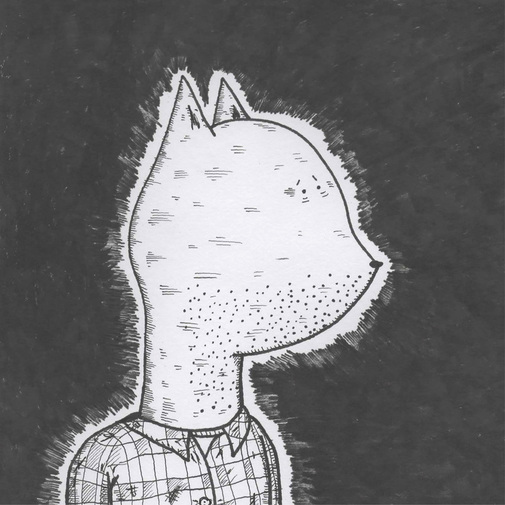 You can listen to your tape 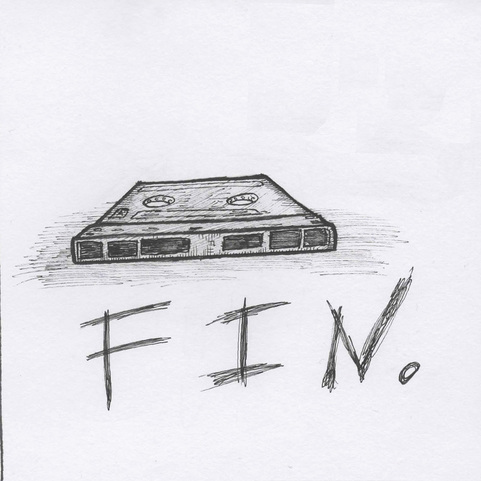 Illustrations by Richard Hirst AKA Vivmondo